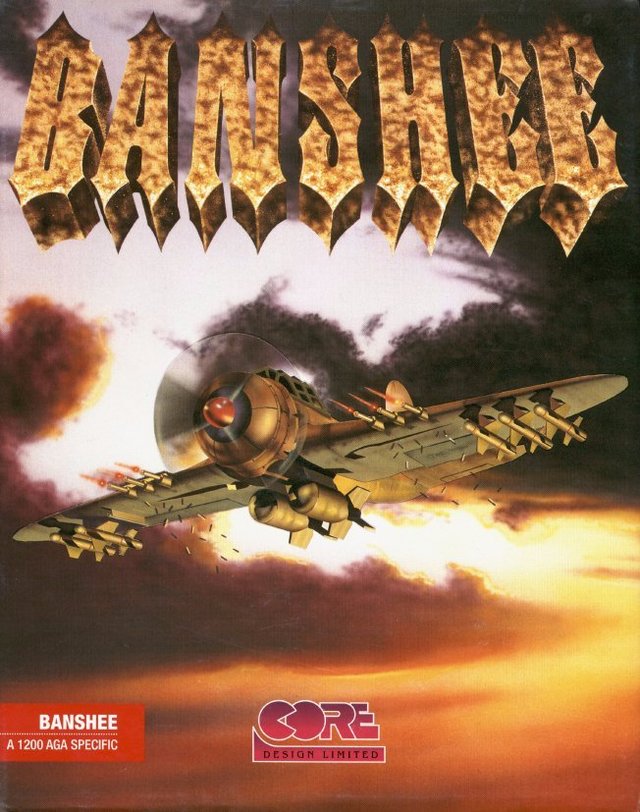 Banshee
Amiga 1994
WP GB Mob FAQ IMDB YT img Goo StrW HOL
not completed.
This late Amiga game was a cool and technically impressive vertical shooter in the vein of Capcom's 1943 series. Although the game had a Core Design logo on it, the game was made by two danish demo guys: Søren Hannibal (who later worked on Messiah, Enter the Matrix, and Front Mission Evolved) and Jacob Andersen (IO Interactive co-founder and Hitman artist). Music by Martin Iveson, a.o.

Other games by Core Design: 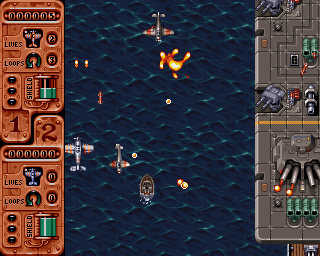