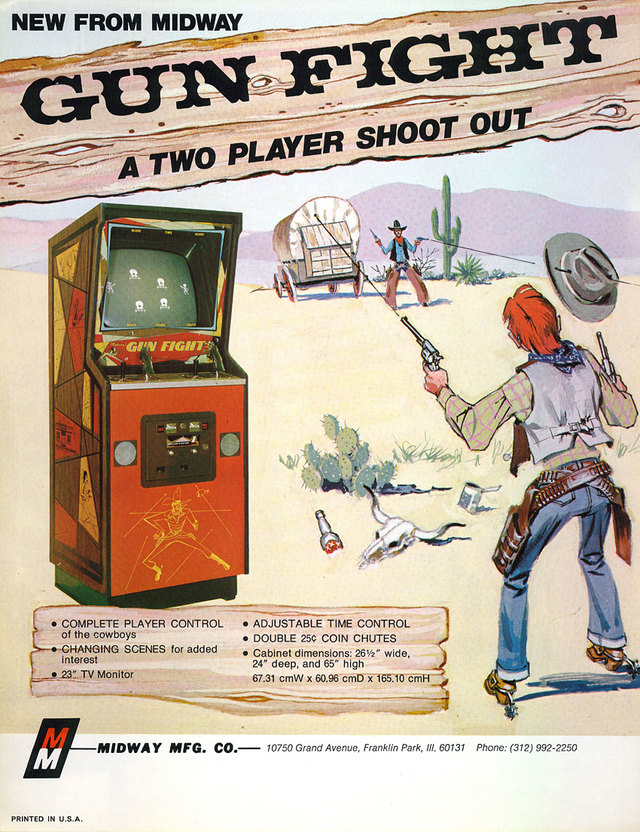 Gun Fight
Arcade 1975
Series: Gun Fight
Developed by Taito
fixedshmup, 1bitgfx
WP GB Mob FAQ IMDB YT img Goo StrW
not completed.
Gun Fight was the first shooter where you control a human, and was originally based on discrete logic, but when Midway adapted it for the US version, they recreated it using an Intel 8080 CPU, which apparently made it the first arcade game to use a microprocessor. The Gun Fight ROMs are 4096 b total, exactly the half the size of the Space Invaders ROMs. A few notable features of the game is animated human characters, aimable guns, and destructible environments.
Other Gun Fight games: 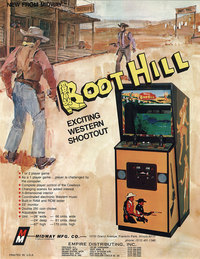 Other games by Taito: 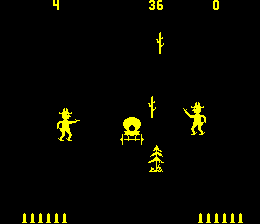