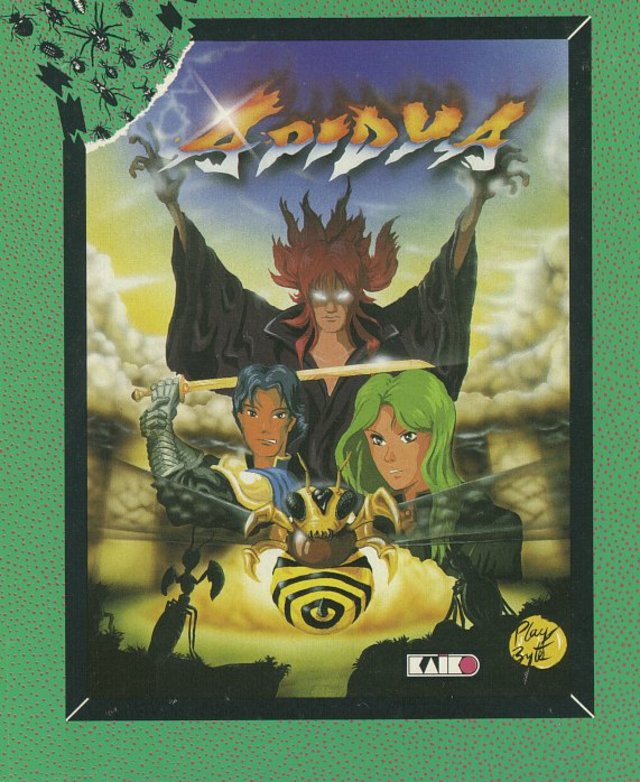 Apidya
Amiga 1992
Developed by Kaiko
Music by Chris Hülsbeck
scrollingshmup, insects
WP GB Mob FAQ IMDB YT img Goo StrW HOL
not completed.
Apidya has a japanese sounding title, written in japanese on the title screen, and was developed by japanese sounding developer Kaiko. The only thing betraying this as a german game, is the music that obviously was composed by Chris Huelsbeck. But if you didn't know that guy's style as well as I do, you would think that Apidya was a conversion of a japanese-only insect themed Gradius clone. And a successful one at that. 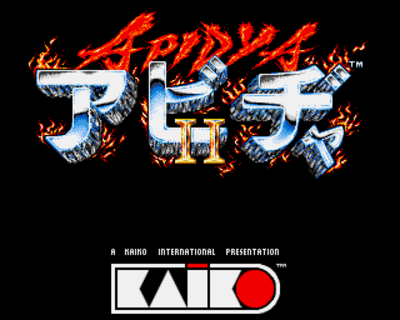 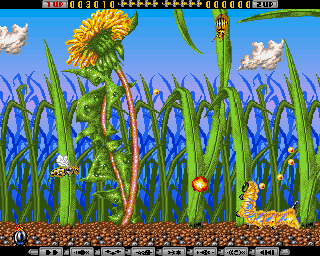 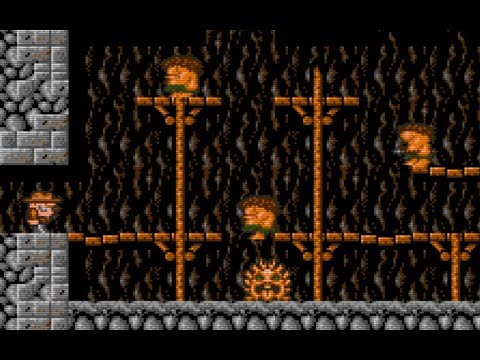