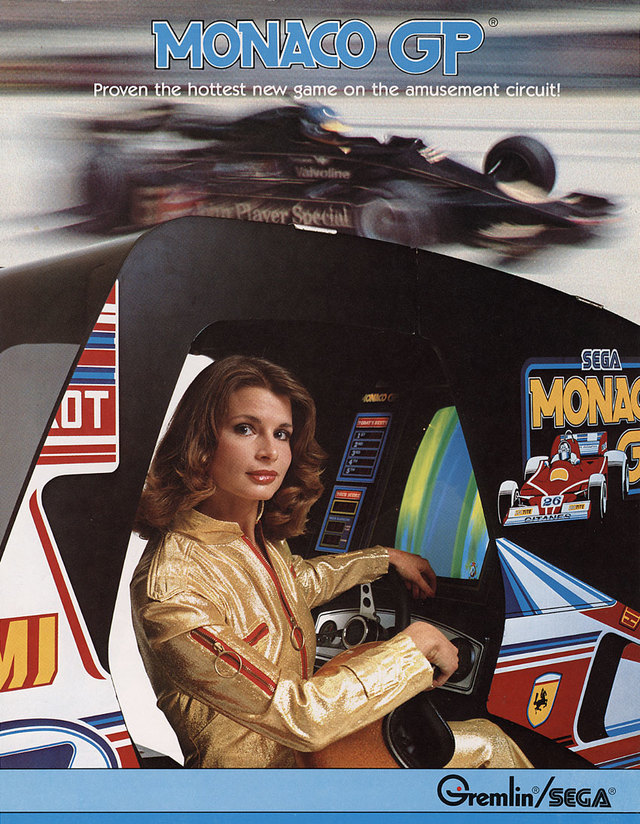 Monaco GP
Arcade 1979
Developed by Sega
racing, discrete
WP GB Mob FAQ IMDB YT img Goo StrW
not completed.
Racing games seem to have been competing on realistic graphics since the 70s. An example is Speed Freak, also from 1979, one of the first games to feature 3D vector graphics. However, Monaco GP is the earliest example I have found of fullscreen scrolling bitmap graphics. It even has light effects: during night sequences, a pretty realistic light cone from the headlights hit the road.
This is all the more impressive, knowing that this game does not have a CPU! It was implemented using discrete circuits, similarly to Pong or Breakout.
The background graphics look pretty random, but this is probably the first time the artist did anything like this.

Other games by Sega: 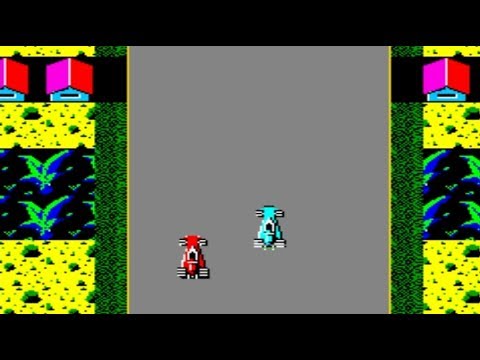