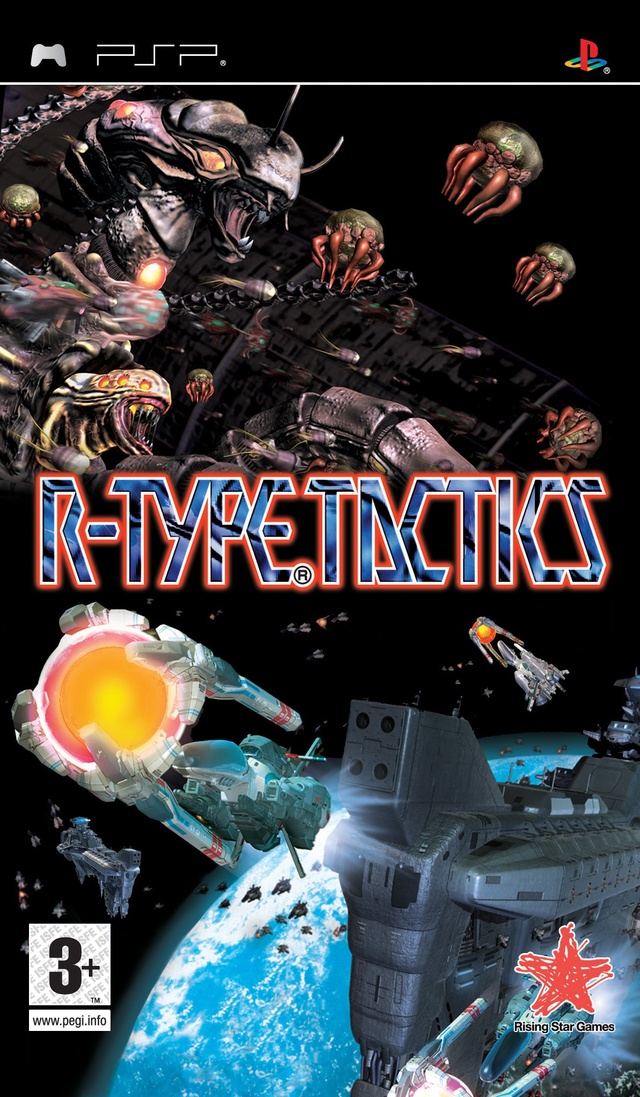 R-Type Tactics
PSP 2007
WP GB Mob FAQ IMDB YT img Goo StrW
completed!
So, what have I done since the 20th of September? Not much besides playing R-Type Tactics. I just completed the Earth campaign, 30 missions.
I will not hesitate to say that R-Type Tactics has been the best ever tactics game experience for me. So, what's to say about R-Type Tactics? Well first and foremost, read my Wikipedia article about the game. Of course, when you read this, it may not be mine anymore :).
Playing this game was a wonderful experience, even though it posed an initial problems: as of yet, it has only been released in Japan. Well, it didn't stop me, and much trial and error led my to deduce most of the japanese menus. Luckily, all the missions in the game can be completed by totally annihilating the opponent. That was what I did, and it worked :). Now I have two sheets of notes filled with characters that may look japanese, but which might very well be totally illegible by any person from japan.
So, what kind of game is this? I really liked Battle Isle back in the day, and I do prefer hexagonal to rectangular grids. R-Type Tactics is similar to Battle Isle in certain respects, but it is also an R-Type game, which makes it quite different in other respects.
The graphics is really the best of its kind. The 2D view is very clear and nicely drawn, and has 3D backdrops of floating objects in space, creating a nice ambient atmosphere. Whenever units battle each other, beautiful 3D animations are shown. The animations are a bit more abstract than you are used to in this genre. Slow-moving and brightly coloured laser beams move in intricate geometric patterns, and lends the game a more artistic feel that is usual for the tactics genre. The models and lighting are nothing short of perfect. By the way, R-Type Final for the PS2 has similar graphic qualities, and it is also highly recommended.
The gameplay of R-Type Tactics has a great flow. The rules are what has come to be expected from a modern tactics game, and the balance is great, even though the Earth campaign might be a bit too easy for the hardcore tactics gamer. Then again, the high number of levels in the game (60 in all, I suspect), and the fact that it takes several hours to complete some of the larger levels, even with 3D animation disabled and fast movement speed, completing the game is quite a task. The side-scrolling view together with the strong adherence to the rules of the strange R-Type universe, makes the game quite unique. The side-scrolling view can also be annoying in 3 or so levels, when you have to travel backwards, and your ships cannot turn around to make their wave cannons come into play. The game would be better without these levels, but they do not deduct anything from the overall experience.
Even though many of the R-Type fighters are similar, the overall abilities of the units are varied enough to enable very different styles of play. The basic strategy of any tactics game is to keep clear of the enemy's firing range and always attack first. This is even more important in R-Type Tactics, as you R-Type units lose their wave cannon charges if they are hit. One of my favourite tactics uses the UHFC-007 (carrier) in conjunction with 3 R-Type attack craft and their Forces. When the wave cannons of all the R-Type units are fully charged, the R-Types are loaded into the UHFC-007. The UHFC-007 moves fast and can take a lot of punishment. When enemies are close, the R-Types are launched and fire their wave cannons. If the Rwf-13A/B are used, they may even return to the carrier in the same turn if there is additional danger. The Rwf-13A/B are really the stars of the show, as their speed and ability to move after firing makes them absolutely essential. In my opinion, the Rwf-9D(H) has the best wave cannon, as it fires straight forward which is easier to control than some of the more esoteric wave cannons, and it has a range of 6 grid cells. Also, for scouting, the Rwf-9Ac is unsurpassed with its great range and ability to hide in subspace. You can actually hide it inside a rock and stay there without using fuel and spy on the enemy. If the enemy does come too close, the movement of the enemy will be interrupted. Very nice.
The Earth campaign was easy enough to complete; only a single level of the 30 was not completed in the first attempt, and it was one of the stupid underwater levels, where my units moved way too slow.
I have now unlocked the ability to play a campaign as the evil aliens, the Bydo.

Other games by Irem: 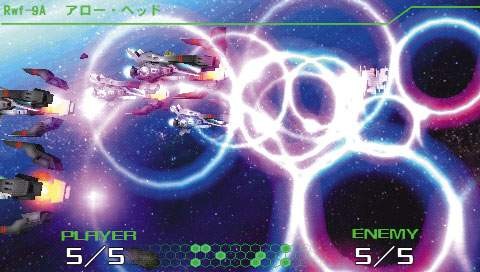