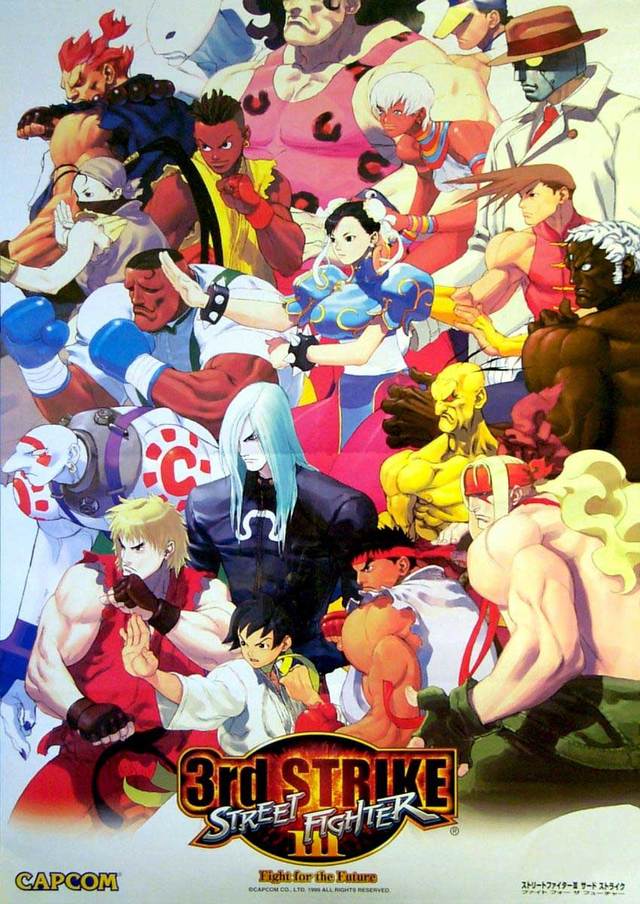 Street Fighter III: 3rd Strike
CP System III 1999
Series: Street Fighter
Developed by Capcom
fighting
WP GB Mob FAQ IMDB YT img Goo StrW
completed!
This 3rd version of Street Fighter III from 1999 has a lot of enhancements compared to the other versions. Apart from it having no less than 20 characters to choose from, including some real oddballs like Q or Twelve, it has the nice feature of being able to select one of two different opponents for each match (later copied in Tekken 5). Also the soundtrack is really 90's-cool with lots of hip-hop and even some jungle. Awesome. 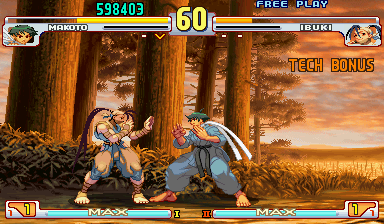