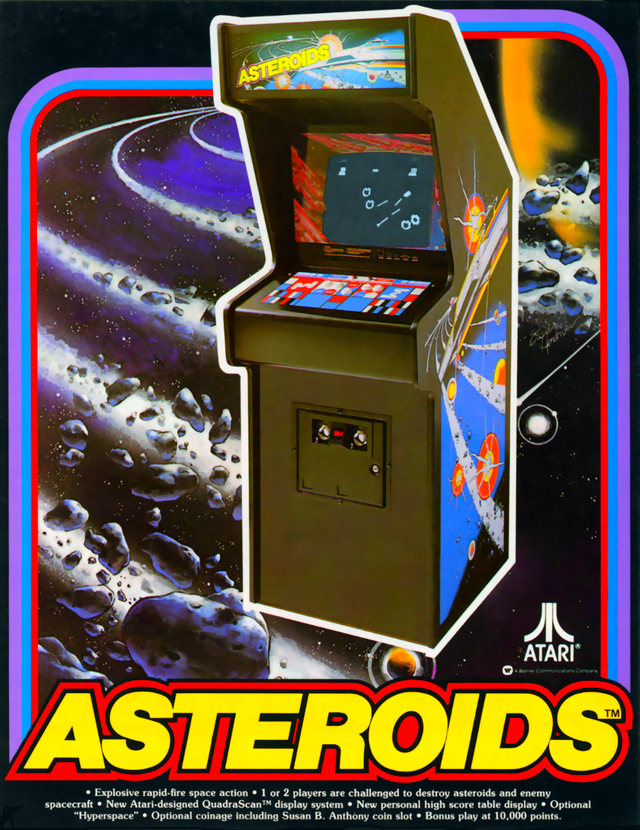 Asteroids
Arcade, November 1979
WP GB Mob FAQ IMDB YT img Goo StrW
not completed.
Asteroids is a multi-directional shooters with Space War-inspired thrust controls, enemy UFOs, and of course asteroids that would divide into halves when shot, slowly making the screen more and more dangerous to traverse. The screen wraps around both horizontally and vertically, enabling asteroids, bullets, and even the player ship to exit one side and enter the other. A hyperspace jump button enables rapid escapes from bad situations to a random location on screen. The vector screen of the original arcade machine has intense contrast, and looks quite stunning.
The game is running on the same hardware as Lunar Lander, another Atari game released only a couple of months earlier. The game is running on a MOS 6502 CPU from 1975, also used in home computers such as the Atari 8-bit, the Apple II, and the Commodore 64. 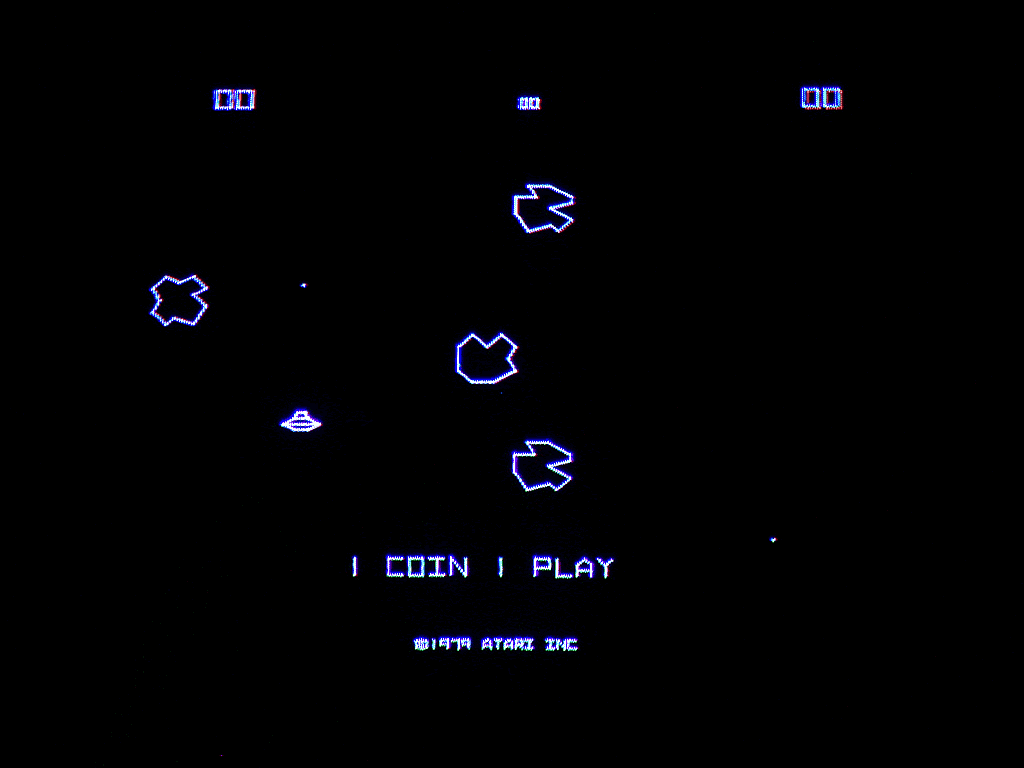 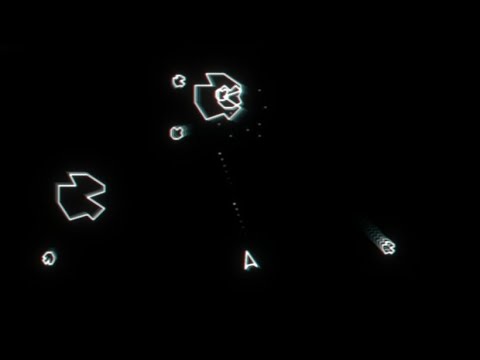