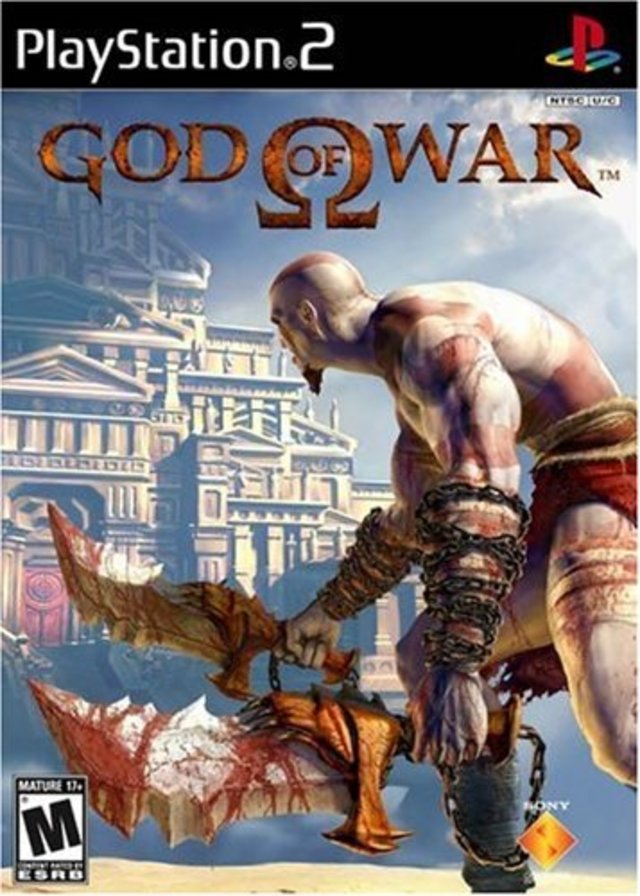 God of War
PlayStation 2 2005
WP GB Mob FAQ IMDB YT img Goo StrW
completed!
Yes - I know - I'm an idiot. Its just because I almost completed God of War with Nabaz and Jauert in 2006-ish, and again with Bjørn Bølling sometime later. So I didn't think I had to do it again. But after completing the sequel and with 'God of War: Chains of Olympus' coming up, I just had to finish this awesome game from start to finish. I played it on the Spartan difficulty (hard), which is the way to play this game. It gets tedious too quickly on normal mode. However, on Spartan difficulty, a few sequences are extremely hard.
The first really tough part was the sequence with moving floors, archers, and tonnes of harpies in Pandora's Temple. Equip your fully upgraded Blade of Artemis and move to the far back of the room - here no archers fire on you except those in the door opening. Slaughter the archers in the door, until no more appear, and start killing harpies. It may be appropriate to equip the Chains of Olympus again to take care of the harpies with a move like square, square, hold square. Anyways, when all the harpies are dead, kill the remaining archers.
The first battle with Ares is pretty difficult. Note, that you can block almost all of his attacks. You should use Army of Hades as often as possible, and use your Rage of the Gods to get more free Armies of Hades and powerful attacks. When he starts to fly and throw fireballs, roll out of harms way, stay there a while, roll to a new location, etc. Find the correct rhythm, and you won't get hit. Eventually, he'll have a O over his head, and you enter a minigame (tap O, followed by two random buttons, the second of which has a really small window).
The next sequence is an illusion/dream, where Kratos must protect his wife and daughter from a large number of Kratos-clones. Referred to as the 'Clone Wars', you should have fully upgraded Blades of Olympus, Army of Hades, and Poseidon's Rage. Use your Blades to keep the clones away from the family (the family cannot be hurt by your attacks) - use square, square, hold square to continously sweeping the clones away. When overwhelmed, do a 'full whammy': activate Rage of the Gods, Army of Hades, and 3 x Poseidon's Rage. When your family is low on health, cast Army of Hades and hug family (hold O): the family gains health, your health depletes, but your Rage increases (very important). Repeat this until you have full Rage again, then do another 'full whammy'. Remember to watch your own health, avoid direct contact with enemies, continue to sweep them away. Near the end, clones start to appear with Artemis Blades, you should switch tactics to grabs with O.
The final battle with Ares is handled by carefully avoiding his 'force push' followed by a dash of his tenctacles. He uses this attack when he is close, but not in contact with Kratos. Lure him into attacking with his sword by running just out of range, and then attack him with sequences of square, until a minigame appears (tap O). Follow up by R1 and sequences of square. The 'Stone Columns' attack must be initially blocked, and the rolling away from the columns themselves. If you are lucky, you'll get a few attack sequences on Ares, and he'll die.
Important note: After the movie sequence when killing Ares, you receive a new weapon and are given control of Kratos. do not press start to enter the upgrade menu, as the game will crash, and you won't complete the game. Just resist the temptation and walk into Olympus and save the game! I did it, and had to do all the Ares battles again. Hard work - but so much easier the second time around...

Other God of War games: 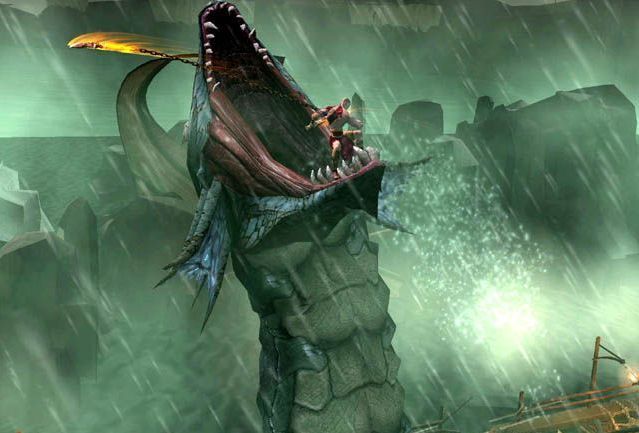 Kratos vs. The Hydra