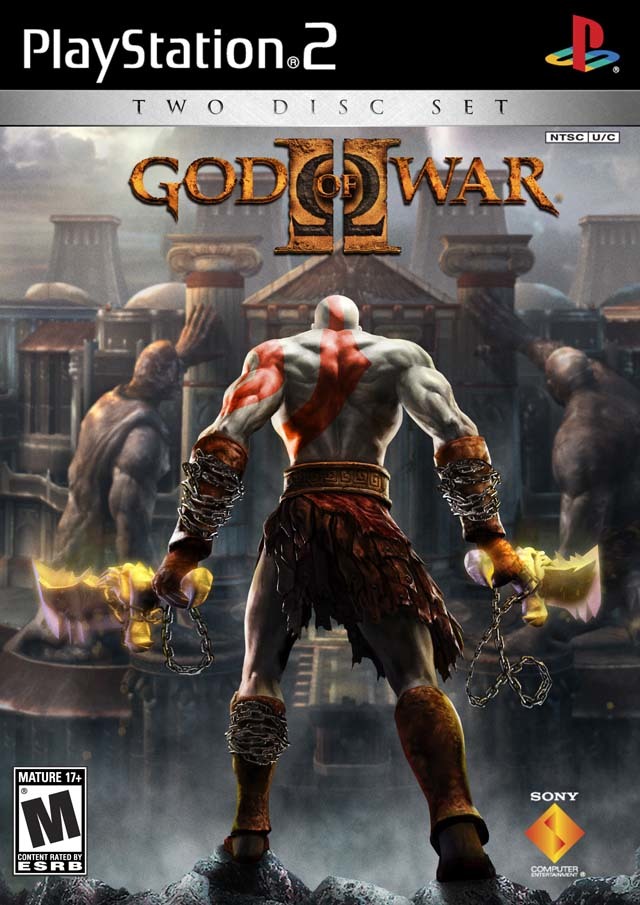 God of War II
PlayStation 2 2007
WP GB Mob FAQ IMDB YT img Goo StrW
completed!
God of War II may be the best action game on the PS2, with tough competition from Resident Evil 4 and other great games. The spartan Kratos is betrayed by Zeus, and he pummels and mauls his way through the Greek mythology in his usual fashion. I just completed God Mode (Rank: Mortal - probably not so good, but who cares), and I ended up standing in front of the TV, shouting at Zeus while bashing his head into the rocks of Olympus itself. Yes, a great experience, especially if you enjoy the mix of epic adventure and over-the-top violence. The pacing of the game is absolutely great, you are never bored, never confused, save for a few stupid puzzles involving columns blocking elevators, and the gameplay constantly changes to keep you interested. Grappling and swinging across a collapsing bridge, riding on Pegasus, pulling the wings of Griffins, indulging in gruesome minigames involving dismemberment and pulling eyes out of sockets, all this is only topped when a boss appears. I was especially amazed by Clotho, the third Sister of Fate, fat, mutated and disgusting, sitting motionless in her throne, flailing her many small arms.
The graphics are wonderful, I find myself gazing at the environment, admiring creature designs and animations, everything just comes together. However, there is one sequence which does not cut it at all - the cinematic sequence and gameplay around the destruction of Sparta and the Kraken boss fight. This sequence is confusing, strangely paced, and the cinematic sequences are not at all up to the standard of the rest of the game. It seems unfinished and it probably is.
When playing the game, I was wondering if the music score was performed by live orchestra or ingeniously created using samples. When watching the extras DVD, it was clear: the score is fully orchestrated, with a brass orchestra from London and strings and 40-voice choir from Prague. It is dramatic, beautiful and sometimes delves into the atonal, like the score of a 60s epic fantasy film. Doesn't get any better than this.
The voice cast of GOW II suits the game perfectly. It features actors such as Michael Clarke Duncan (as seen in 'The Green Mile') as Atlas, and Harry Hamlin, who played Perseus in the 1981 movie 'Clash of the Titans', resumed the role 27 years later in God of War II. Linda Hunt is Gaia, and Terrence Carson delivers his usual forceful voice of Kratos.
- Thanks to Joakim for this wonderful Christmas present!

Other God of War games: 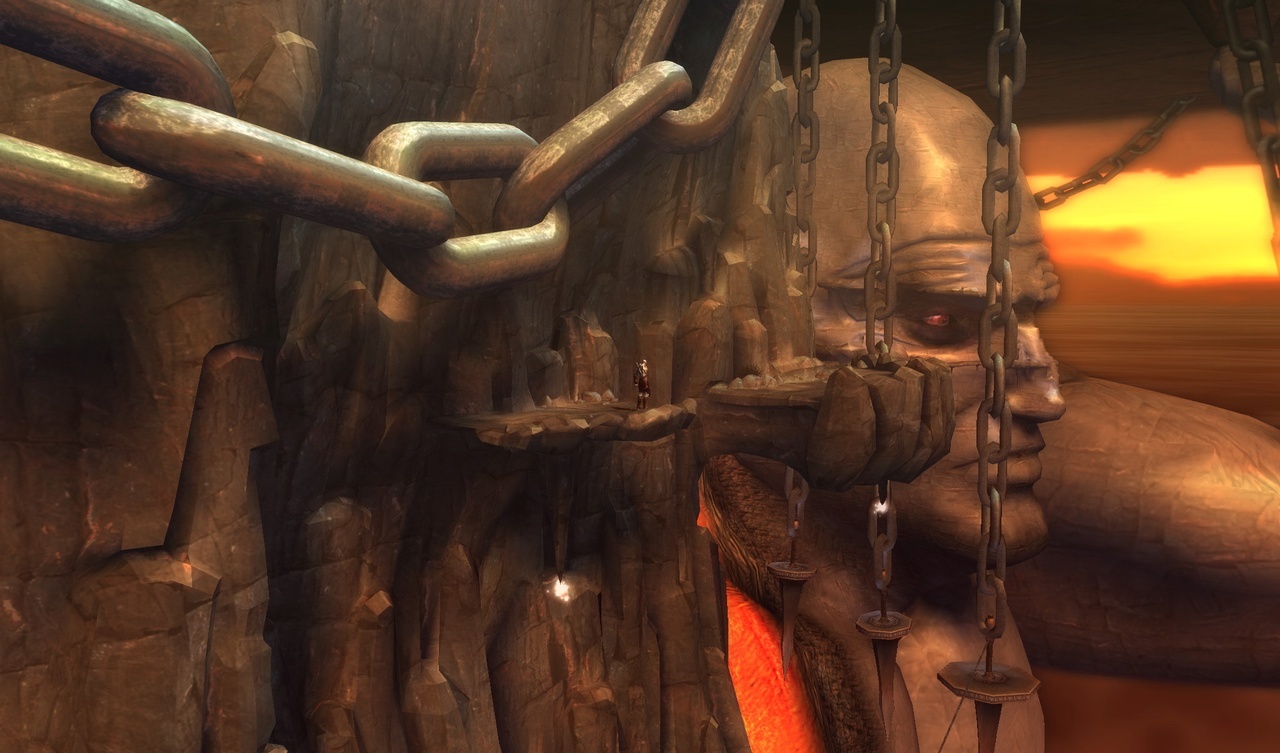