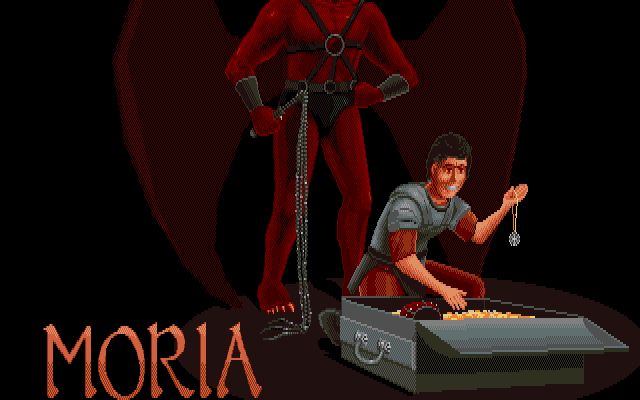 CWM Moria
Amiga 1994
WP GB Mob FAQ IMDB YT img Goo StrW HOL
not completed.
The original Moria was written in VMS Pascal for a VAX-11 in 1983 by Robert Alan Koeneke and Jimmey Wayne Todd Jr.. Umoria was a port written in C by Jim Wilson in 1987 with minor modifications, and CWM Moria is an Amiga port of Umoria by Thomas H. Davies based on Umoria, the current version on aminet is from 1994, and is based on Umoria 5.5.2, the newest version. 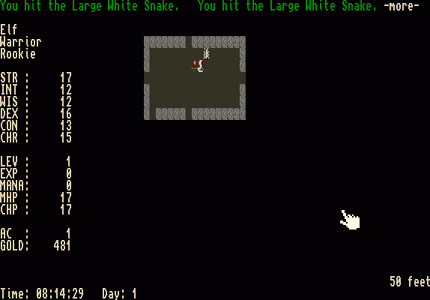