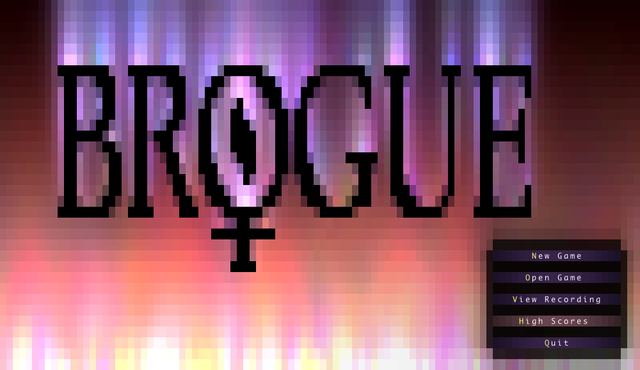 Brogue
Mac OS 2009
Series: Brogue
Developed by Brian Walker
roguelike, characterart, randomizedlevels, destructenv
WP GB Mob FAQ IMDB YT img Goo StrW
not completed.
Brogue, or Brians' Rogue, named after its creator, Brian Walker, is a modern descendant of Rogue, easy and casual to play, with a lot of cool modern features. It is similar to Rogue in that there are no character classes, no city, and scoring is normally based simply on gold.
Other Brogue games:

Other games by Brian Walker: 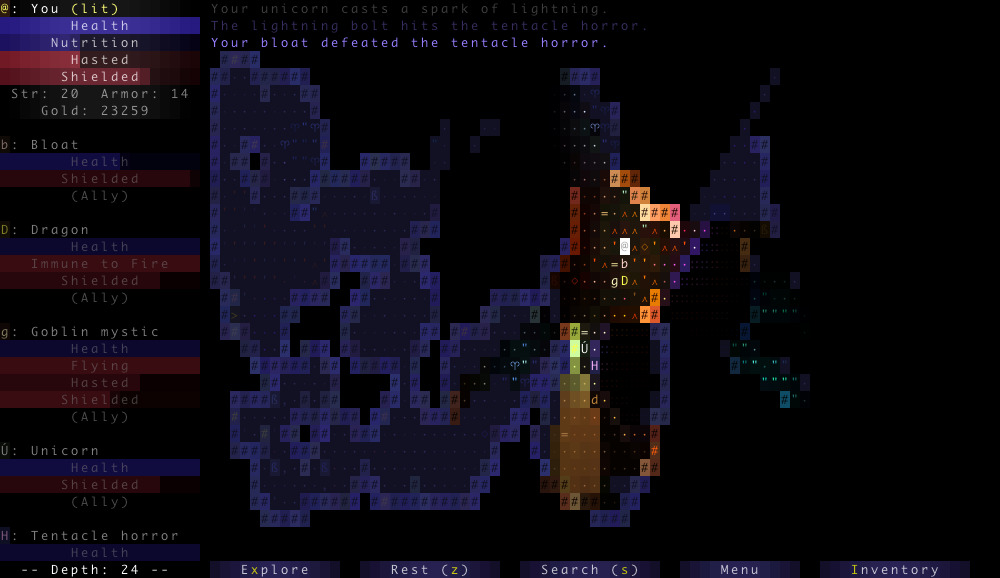