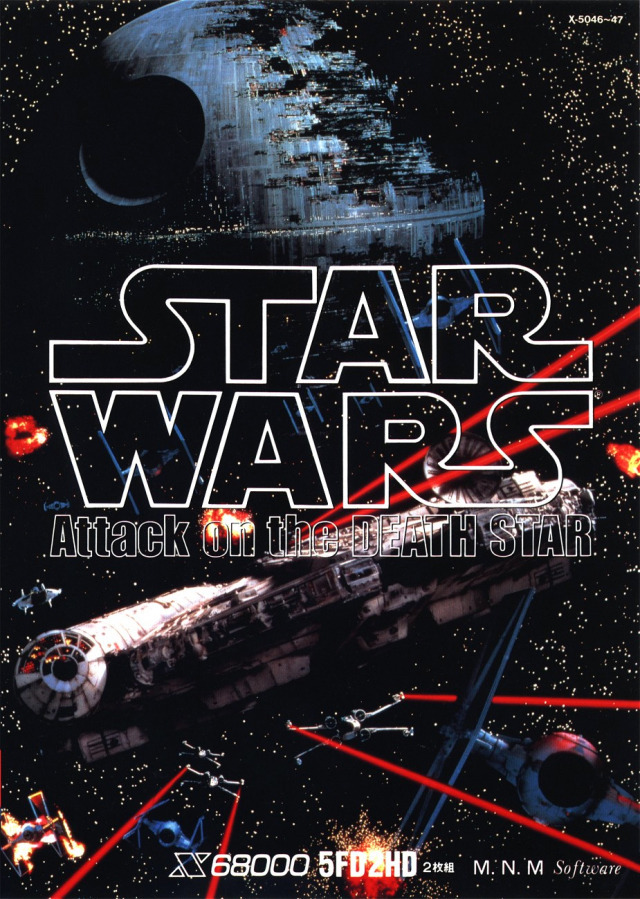 Star Wars: Attack on the Death Star
Sharp X68000 1991
WP GB Mob FAQ IMDB YT img Goo StrW
not completed.
This seems like the spiritual successor to the classic Atari Star Wars arcade game, with vector graphics, and X-Wing gameplay split into three scenes: deep space dogfighting, surface assault, and the iconing trench run. This version is less of a rail shooter, you have the ability to look in different directions with the arrow keys, and the dogfighting has interesting perspective changes, where you evade shots fired from the viewpoint of a TIE Fighter. The ability to record and playback replays is a very cool addition. If you don't jump straight into the game, you are treated to a cool vector rendition of the opening sequence of A New Hope, to the tones of Yuzo Koshiros version of the classic Star Wars themes. 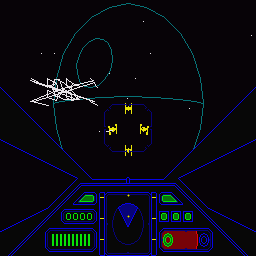