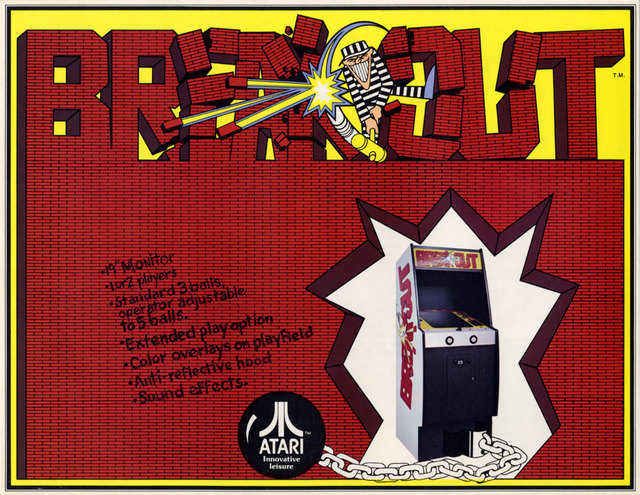 Breakout
Arcade 1976
Developed by Atari
paddle, discrete
WP GB Mob FAQ IMDB YT img Goo StrW
not completed.
Breakout is a classic game that has been around my whole life. It is a discrete integrated circuit game, which means that it doesn't use a microprocessor. It was co-designed by Nolan Bushnell, creator of the first commercial arcade video game, 'Computer Space' (1971), and founder of Atari (1972). A prototype was implemented by Steve Wozniak in collaboration with Steve Jobs, who, according to several sources, cheated Wozniak out of most of the payment for the design. Same year, Jobs and Wozniak co-founded Apple, and Wozniak went on to design the Apple I and Apple II, and Jobs went on to take the credit. The development of Breakout was clearly a sign of things to come. 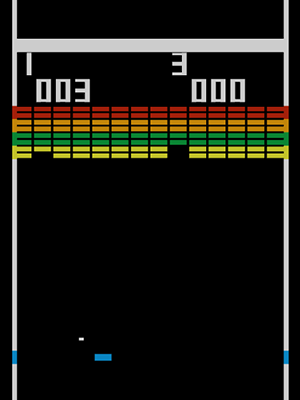