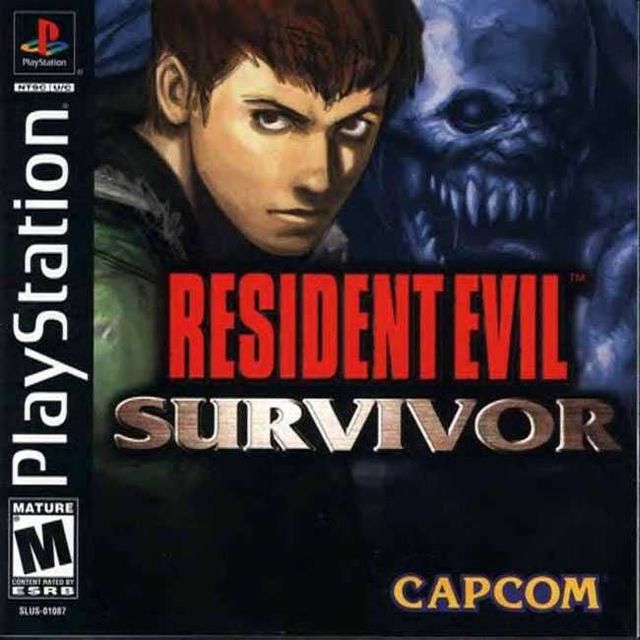 Resident Evil Survivor
PlayStation 2000
WP GB Mob FAQ IMDB YT img Goo StrW
not completed.
A first-person Resident Evil game for the PlayStation, designed for light gun controllers. When controlled using the light gun (for example the Namco GunCon), you rotate your view horizontally using two controller buttons, and move forward by holding the trigger off-screen, and move backward by shooting twice off-screen and then holding the button. Very strange, but you could probably get used to it. Menus are accessed by pressing both buttons. An alternative control method uses a standard PlayStation controller or a DualShock for movement, and holding R1 allows aiming using the D-pad or joystick. The US release is particularly interesting, because the game came out only a year after the Columbine High School massacre, where two high school boys murdered 13 people and injured 21 with submachine guns, rifles, and shotguns. The two kids being fans of FPS games such as Doom, Quake, and Duke Nukem caused a moral panic over violent video games at the time. As a reaction to this, the US release did not have light gun support, only the alternative D-pad or DualShock controls. The PAL release retained the light gun controls. 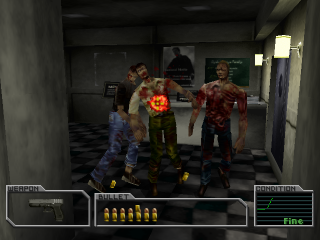