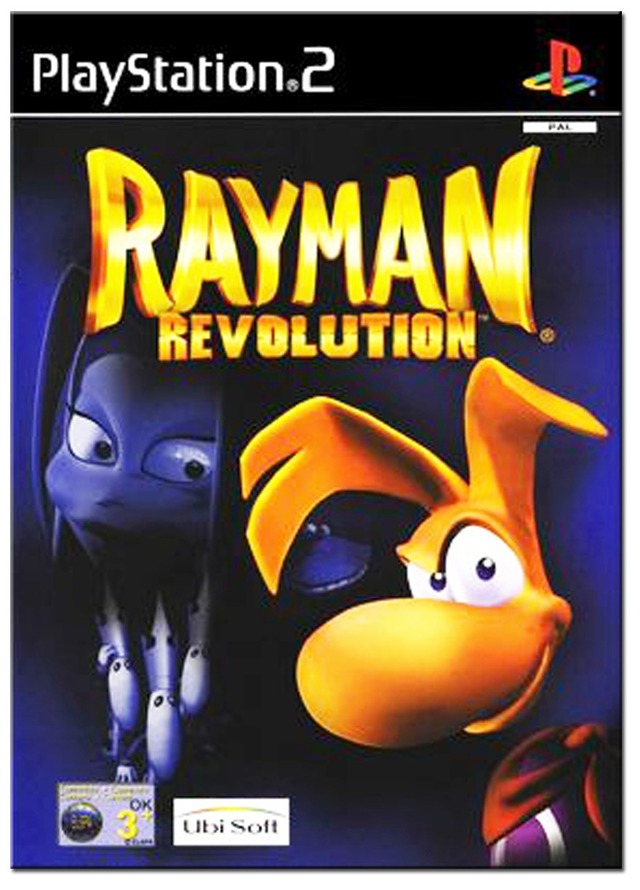 Rayman: Revolution
PlayStation 2 2000
WP GB Mob FAQ IMDB YT img Goo StrW
completed!
This game, also known as Rayman 2: The Great Escape, is one of the early great platform games for the PS2.
The graphics, though very well-made and present in abundance, is a bit crude compared to e.g. Ratchet and Clank. Though Rayman himself is perfectly smooth and his nose is big and round, the enemies and the levels have fewer polygons that we have come to expect from PS2 games. It may be due to some reuse of models from a PS version, which is very similar.
The sound is severely lacking, the funny voice-acting is very badly recorded and is almost inaudible at times, but even more important, the response sounds from weapons and the environment are terrible, and even completely lacking at times. As an example, the final upgrade to Raymans weapon has a very big explosion and no sound at all.
The music, however, is a different story. This soundtrack is very beautiful and cute, and at times reminiscent of the fantastic Medievil game soundtracks. It spans a range of genres and is very polished and fits the style of the game perfectly. The composer is Eric Chevalier.
But the most important thing about a platformer is the platforming gameplay itself. I must say that Rayman handles very well overall, with only a few things to deduct from the experience; his shots are fired using auto-face, which works most of the time, but is far from perfect He also has a build-up attack, which is hard to get to build-up. But worst of all, Rayman has the ability to swing from ray-ropes which is activated by shooting, and this does not work well at all. I have died many times, trying to grab one of those suckers, only to shoot into the air and fall to a fiery death. Very annoying.
The game was a pleasant experience with many nice features and ideas, and with plenty of races, riding on living missiles, and flying death-defiantly through lava tunnels with an exploding powder keg as propulsion. Crazy!
- Thanks to Camilla for lending me this game for the weekend.
Other Rayman games:
★ 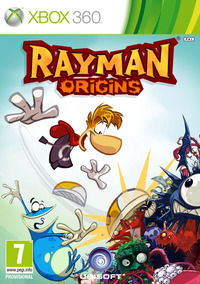 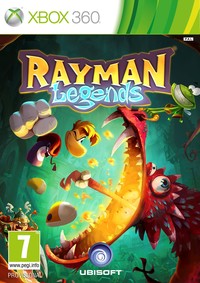 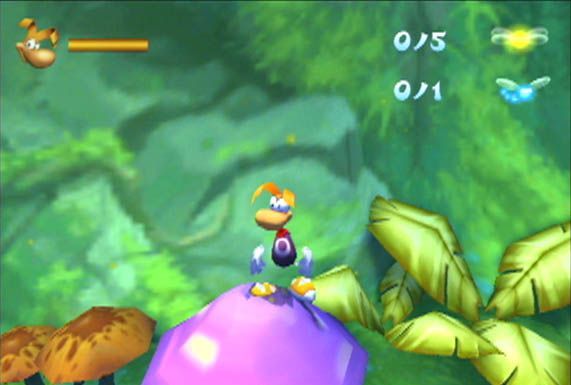